If I had known what I know now about being the executor of someone's trust/estate I'd have tried really hard to not take the job.

It would have been better to pay an attorney to handle everything after the fact, and I think if the means are available to do so I'd have to strongly recommend that. At a minimum the executor should consult an estate attorney to help guide the effort.

I have had the unfortunate distinction of being selected to be the executor of my Mother's trust, as well as holding her durable power of attorney.

My Mom began showing signs of Early Onset Alzheimer's disease around 2012, and by the end of that year it was clear that someone would need to have power of attorney in order to handle her finances, health care and legal matters.

I got picked for the job and had to quickly get up to speed on a lot of things that I had never heard of. Terms like 'durable power of attorney', 'health care directive' and 'beta-amyloid plaques'. I had to learn all I could about dementia in general, and Alzheimer's disease specifically, and what to expect in the coming years, which was painful at best. As valuable as it was to learn what was to come, it was very hard to deal with knowing what my Mom was going to be going through.

She was an Educational Psychologist and a teacher. She put herself through school to earn her doctorate, while working full time as a school counselor. She loved teaching and working with children. Helping others came naturally to her. Later she became a professor of Educational Psychology.

Since the time of her diagnosis I have had a lot on my plate that I was totally not prepared for. I was depressed and stressed out and generally miserable.

At one point I had chest pains and feared I was having a heart attack. I spoke to my doctor and, after telling him everything that was going on in my life, he sighed and said gently, "You aren't having a heart attack, but you do have a broken heart." And he was right. One of the worst things that happens when someone you love has Alzheimer's is called "pre-grieving". You literally begin to mourn for the person as you see them fade away into a shadow of who they were. To help me deal with all this I joined a wonderful support group and was able to commiserate with others and learn a great deal about what I was in for and how to deal with it.

I was in that support group for 7 years. I saw people come and go and I tried my best to pass along all that I had picked up in the time I was there to all the new people coming in (there is no lack of new people needing help, Alzheimer's is an epidemic and it's only going to get worse). One thing that best describes how people feel as caregivers is "overwhelmed". It all just seems like too much to handle. Eventually people come to terms with it, at least enough to manage, but it's never easy.

So, here I am 8 years later, and I just completed my last task: I took my Mom home to Puerto Rico.

She was cremated and wanted her ashes spread in the ocean off the island. I don't speak Spanish (well, ok, I can cuss a bit...), so I relied heavily on my cousins on the island for help making arrangements, and they all came through wonderfully.

This whole experience sucked. I learned a lot and my relationship with my eldest brother has been great, as we split responsibilities and worked together to take the best possible care of Mom. But if I could go back in time and stop my Mom from falling and hitting her head while running to catch a flight in Rome, I would. That head trauma is what we believe to be the trigger for her decline, as Alzheimer's hasn't been prevalent in my family, genetically. At least that is what I keep telling myself, as the thought of getting it terrifies me.

In the end I had the honor, and terrible privilege, to manage my Mother's affairs and carry out her last wishes. I hope I did okay. I think I did.

And just so this isn't a total bummer, here's a true story about my Mom wanting her ashes in the Atlantic: My parents were divorced for a long time, but managed to become friends after a time. When my Father died he wanted his ashes scattered in the ocean and my Mom took care of his affairs as the executor of his will. He loved the ocean and fished his whole life, so when the time came we scattered his ashes off the California coast. When we were getting my Mom's estate plan together she said she wanted to be cremated and her ashes spread in the ocean, but not the Pacific Ocean. She wanted to go back to Puerto Rico. Because she didn't want to be in the same ocean as my Dad.

I still laugh at that. 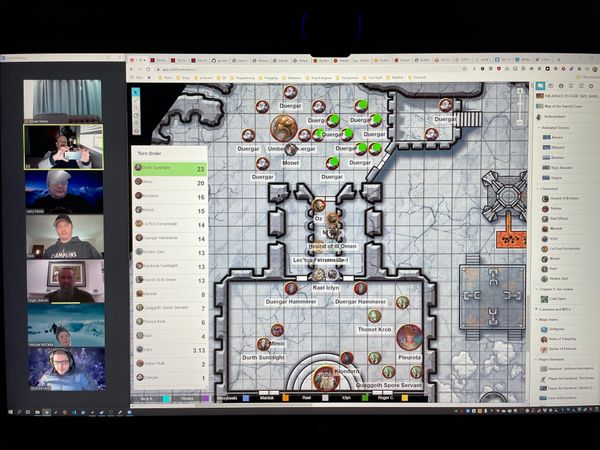